“The beginning and the way to a goal, which I have worked my entire life for… the representation of humans, not as objects, but instead as from the inside out, humans with the sense of the ancient world.”

Otto Neumann’s immersive work in a variety of mediums and styles defines his distinguished oeuvre. Neumann was a prolific artist born in Heidelberg, Germany in 1895 in a time of the country’s unprecedented academic and intellectual growth.

The son of a renowned professor at the University of Heidelberg, Neumann grew up surrounded by his father’s friends including brilliant German philosophers and scholars Max Weber and Ernst Troeltsch. These academic influencers of thought shaped Neumann’s perspective in art and literature.

The magnum opus of his career was the detailed graphite drawings based on each of the 34 cantos of Dante Alighieri’s 14th-century epic poem Divine Comedy. Neumann also created prints of many of Dante’s subjects, though almost always one of a kind, and set up his lifelong practice of sometimes signing the prints but never utilizing edition numbers.

Scarfone/Hartley Gallery, The University of Tampa

University of Illinois at Chicago

A German Expressionist painter and print-maker. His work evolved from strongly colored and thickly brushed paintings and sharp and angular black and white prints, to late abstract prints in a variety of colors. Although his style and preferred mediums both changed through a long career, the human figure remained his most enduring and constant subject. 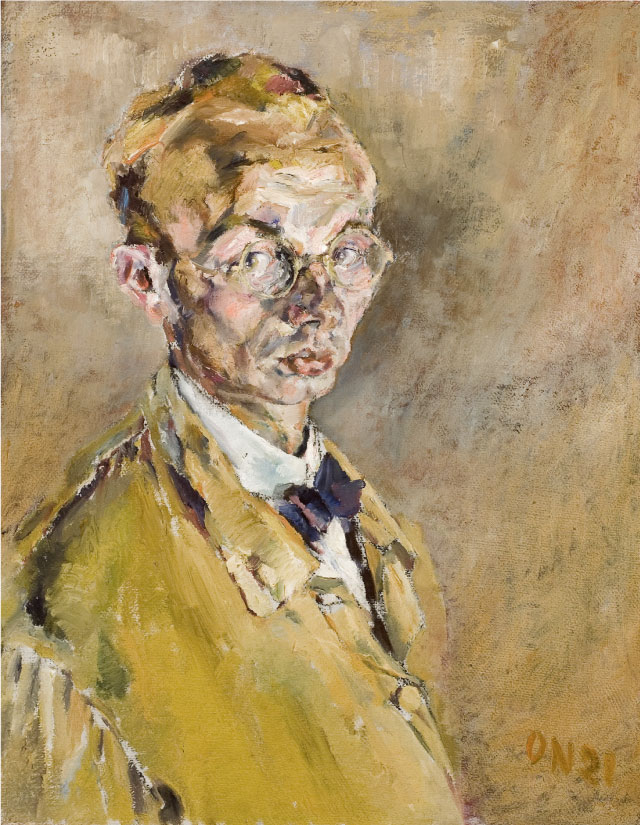 Otto Neumann was born in Heidelberg, the third child of Fritz Neumann, a professor of Romance Philology at the University of Heidelberg. Neumann grew up exposed to his father's circle of intellectual friends. Among them were prominent professors of art, literature, and medicine including Ernst Troeltsch and Max Weber. Books were a major part of his family life, and he was to use mythology, Dante's Inferno, and more modern works as the sources for his art. 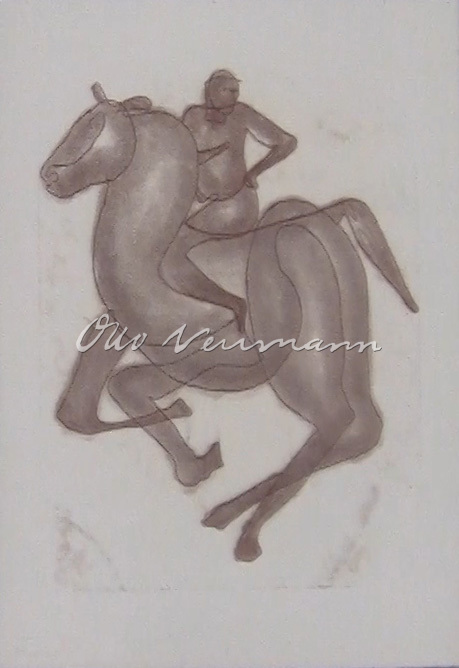 After graduating from the local Humanistic Gymnasium, the young man began to study art at the art academy in Karlsruhe. World War I interrupted his training, and he spent six months in the Rastatt Artillery before receiving a medical discharge. He briefly returned to Karlsruhe, then took private lessons from the landscape painter, Wilhelm Oertel in Mannheim before completing his training at the Academie der Bildenden Kunste in Munch in 1919. After returning to Heidelberg, he began to paint oil portraits, primarily of such major university figures as Max Weber and medical faculty members like Hans Prinzhorn. 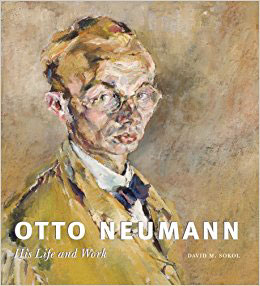 Otto Neumann: His Life and Work in Hardcover

One of the most versatile and original artists of the twentieth century, Otto Neumann created works of sumptuous beauty and sleek simplicity in an array of media: oils, watercolors, chalk, graphite, lithographs, woodcuts, and monotypes, among others. He lived through revolutionary changes in the art world of prewar and postwar Germany.